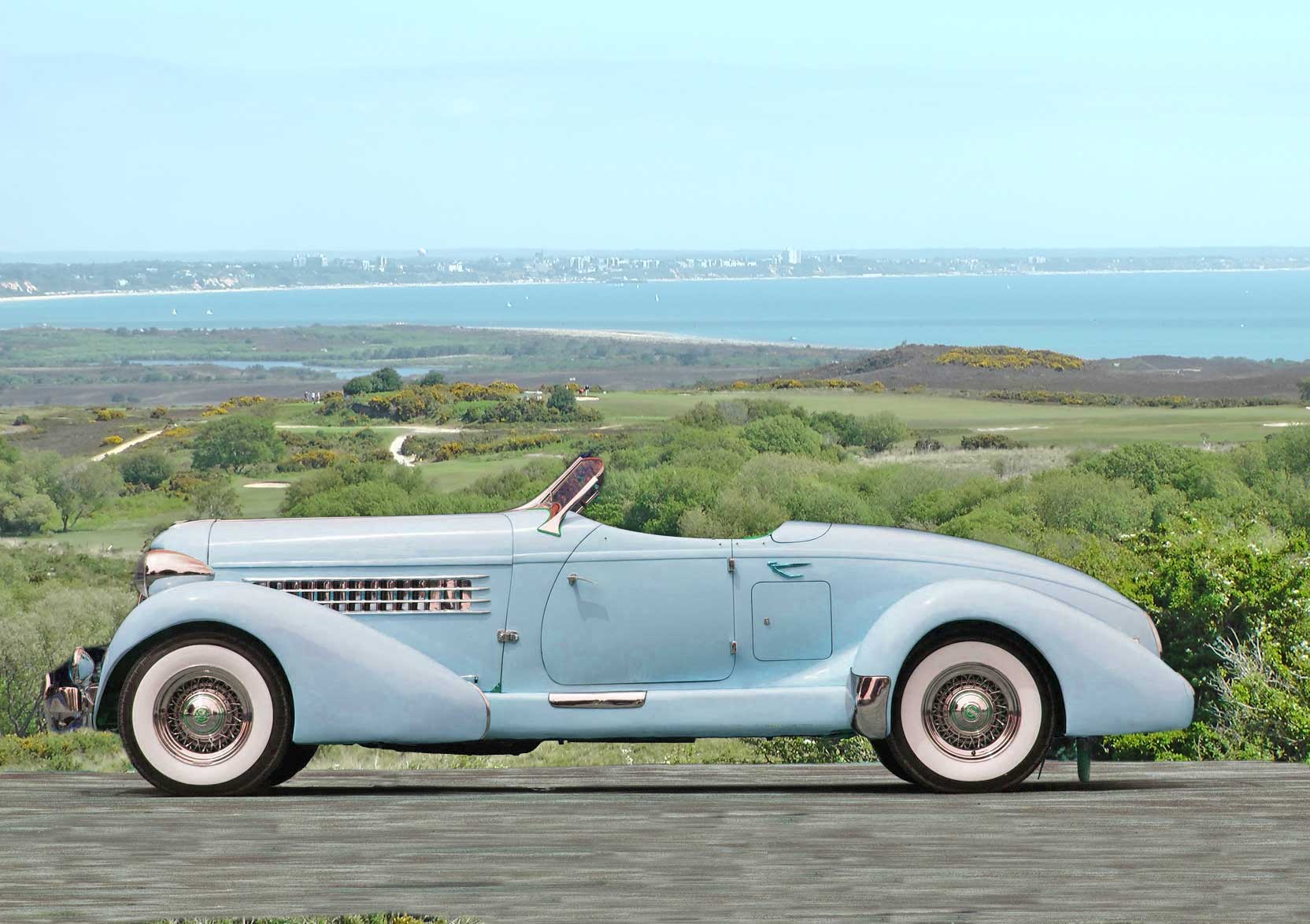 It all started off so well. Frank and Morris Eckhart were the sons of Charles Eckhart who ran a business in Auburn, Indiana, USA manufacturing horse-drawn carriages and like many other young men in a similar situation the two brothers realise that the future lay with a more advanced powerplant that could be expected to be more powerful, more reliable, better tempered and less smelly than the horse. They got underway in 1900.

Whether or not the early engines that powered their vehicles achieved these ambitious ends was debatable. Certainly sales were modestly successful at first and they moved into larger premises in 1909 but when World War I came along raw materials were in short supply and before the war was over the dream was over too, and in 1919 they sold out to a group of Chicago businessmen led by a financier named Ralph Austin Bard, later a very successful politician.

Unfortunately Bard proved to be a better future politician than a picker of car manufacturing winners. By 1924, with losses mounting, he offered a colourful businessman named Errett Lobban Cord a chance to run the company on their behalf. He didn’t. he took it over completely which again was not the best decision he had ever made.

There was unsold stock left over which Cord was not particularly impressed with; he got rid of it by painting the leftover cars in two tones and selling them off cheaply.

By 1926 Cord, who was a master of wheeler dealing, partnered with the racing car company Duesenberg and together they manufactured a number of models they called Speedsters which were powerful, fast and well finished. By 1932 one of these had achieved a speed of a hundred mph on the Bonneyville Salt Flats and by 1935 they had created the very popular 851 Speedster. This was a two seater advertised as a cross between a racing car and a comfortable saloon car; certainly it was very fast for the day. The solid and reliable 4.6 litre eight cylinder engine developing 150 brake horsepower could push it to 100 mph with acceleration of nought to sixty within 15 seconds. Success seemed assured!

Then came the great depression. Cord had been perhaps a little too colourful in his business dealings; by this time he owned about 150 different companies and despite some very interesting, and allegedly totally illegal, antics on the stock exchange his whole car making business empire collapsed and although he was able to avoid prosecution and go on to make another fortune in real estate, by 1937 the Auburn Automobile Company was no more. It has never been resurrected; but today the Speedster is one of the most collectable cars in the world, usually selling for in excess of £300,000 each.