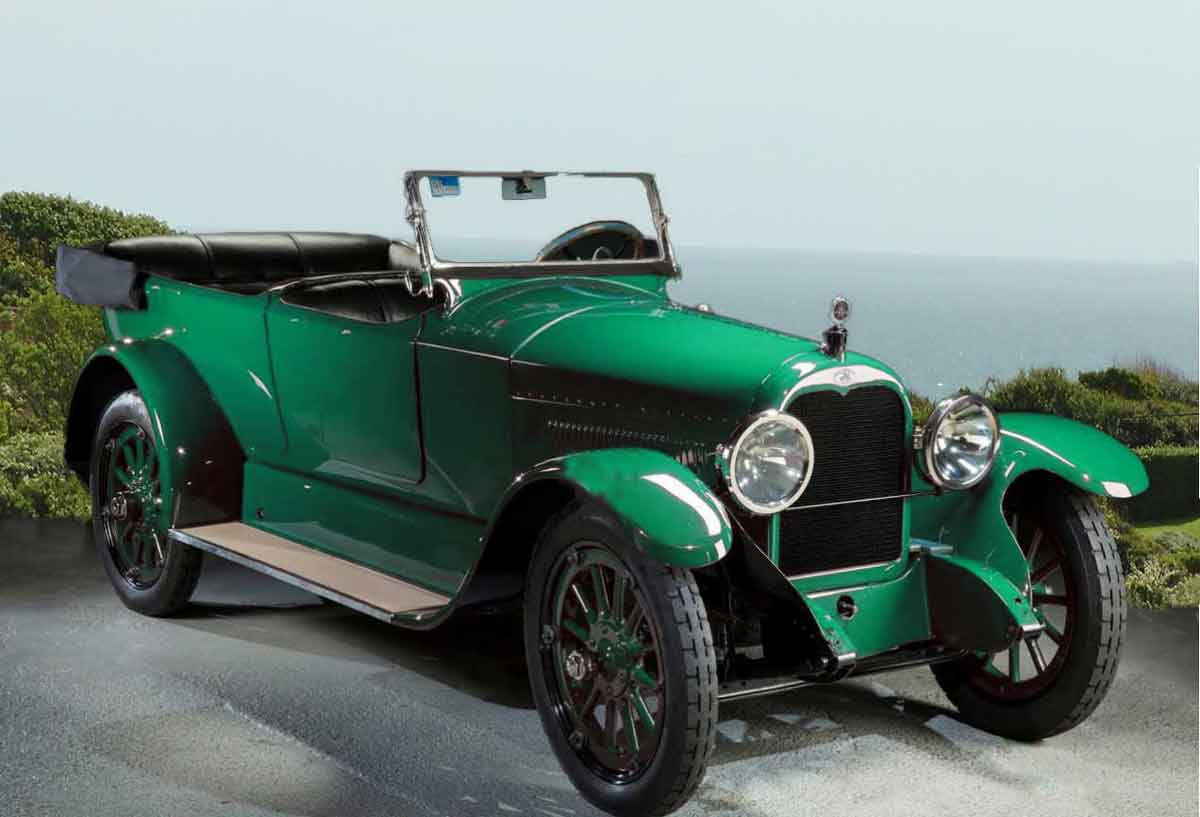 Born in 1881, in New South Wales, Australia, Frederik Hugh Gordon was a most unlikely entrepreneur. He was born with a silver spoon in his mouth; in fact it was probably made of 24 carat gold. His family were long established landowners and they simply didn’t mix with people in trade; it just wasn’t done, don’t you know.

Nevertheless he was a restless soul and his nickname of ‘daredevil Gordon’ was well earned as he tore about in the newfangled horseless carriages. Machinery fascinated him. Using some of his family’s wealth, he was soon in business importing mechanical devices such as typewriters, sewing machines and then cars which he sold throughout Australia. the next stage was to open a car body manufacturer so that he could cater for clients who wanted something a little different. The motorcar was seeping into his DNA.

His ultimate ambition was to manufacture his own cars but he was well aware that others had tried before him and all had failed. The simple fact was that Australia was too big for distribution to be efficient, and at the same time the population was too small to provide enough of a market. He reasoned however that it would be much cheaper to assemble cars in Australia from bought in components, substituting locally made products where possible, than importing completed cars and paying import duties. He made several trips to America; rich young man could do that in those days; and got to know as much as he could about the car industry there.

One of the people who he met in the USA was Louis Chevrolet, who had recently sold his business to General Motors. Chevrolet had designed a car which was similar to the type that Gordon had in mind and he persuaded him to sell him the plans; he then went off and ordered all the parts that he felt he would need, such as gearboxes, engines, differentials, et cetera. He neglected however to realise that cars are not like Lego bricks; the parts do not simply fit together as easily as he hoped they would!

However he got back to Australia after the end of the First World War and launched a huge publicity campaign to inform a no doubt impatiently waiting populace that at long last an Australian car, the Australian Six, was going to be manufactured very soon. It was going to be made, he said, for Australians, by Australians, in Australia. This was more of a hope than an expression of fact but he did plan to introduce as much locally produced material as he could.

With great fanfare the first few cars were produced and they promptly overheated. The radiators had to be changed. Then the differentials started to fail. The engines would not mate properly with the gearboxes without major modifications. However he struggled on and a large factory was built employing around 200 employees and at last he was able to make good on his promise to incorporate Australian made components into his cars.

The problem was that there was no existing infrastructure for manufacturing the sort of products that he needed, and those that he could get were made in very small quantities compared to the huge quantities produced abroad, particularly in America, and so the economy of scale was stood on it's head. The quality of the components he got was not terribly great and they were expensive.

At the same time his foreign competitors were not idle. Despite import tariffs his prices were still being undercut by imported cars, particularly those produced by Henry Ford who, thanks to mass production, was able to progressively cut his prices at the same time that Gordon was being forced to increase his. The last straw came when import tariffs were drastically cut. The Australian public were much more inclined to buy reliable and cheap cars from America than much more expensive home grown vehicles of dubious quality.

Gordon appealed for help to the Australian government but without receiving any sympathy and then a fire at the factory may well have been the last straw. By 1923 the company was out of business after producing just a reputed 500 cars.

Gordon was not really a man to give up easily and he tried several other business ventures but he had more failures than successes. After being a heavy drinker for much of his life he died in 1932 aged just 51 years old. It was not until the late 1940s that the Australian government decided to step in and help a car manufacturing company set up in Australia, and that company was General Motors of America and not a home grown one.