Delage and the monstrous DH V12 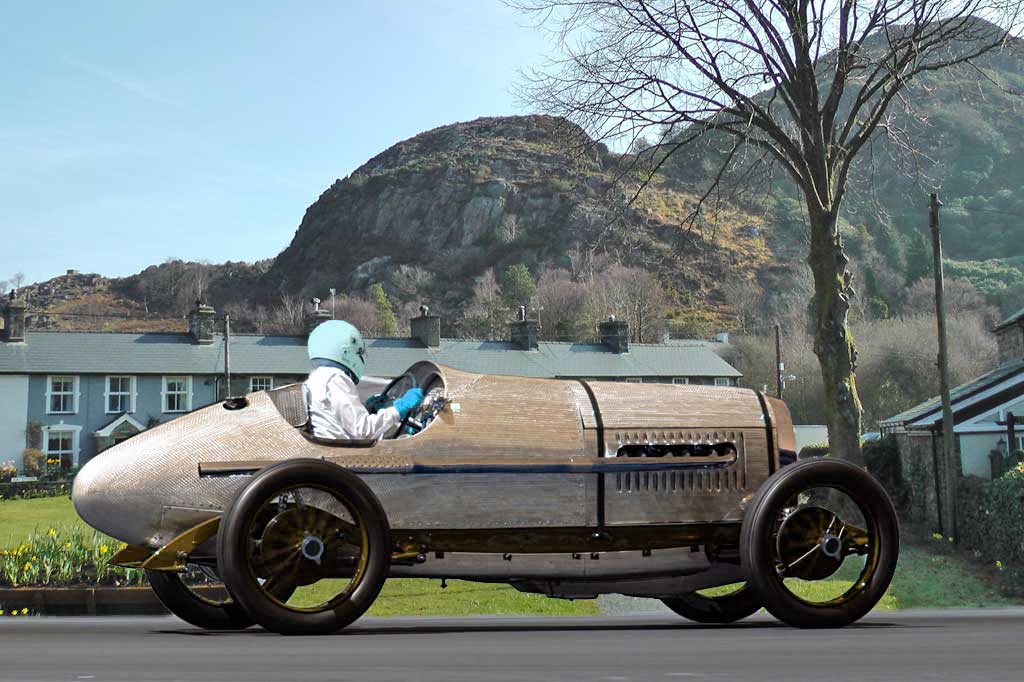 Louis Delâge saw life from both the heights and the depths.

His family was not terribly wealthy (his father was a railway station master but not very well paid) and an accident in infancy meant the loss of one of his eyes; he wore a glass eye for the rest of his days, which was not really the best start to someone who was, at heart, a motor racer.

As a young man he studied hard and gained an engineering degree. By 1900 he was working for the car manufacturer Renault; which was then just another start-up business; where he realised that there was a huge unfulfilled demand for cars. He managed to borrow the enormous sum of Fr.35,000 and set himself up as a car parts manufacturer, with three employees and two lathes.

He graduated into manufacturing lightweight cars with single cylinder engines. In those days, just as today, great advertising is the way to success whether you have rodents recommending car insurance or couples falling in love because of a certain blended coffee (remember that one?). In the early 20th century the way to advertise a car was to have racing success so he threw himself into it wholeheartedly. It wasn’t long before minor successes resulted in better sales, which meant more money for development, which led to bigger engines, greater quality and more innovation, which yet again led to more racing success. By 1912 his company had 350 employees who were between them building more than 1000 cars a year.

Before World War I broke out the government had been so impressed by the way in which Delage cars were so successful in racing that he was asked to advise them on military vehicle production. Once the war was underway production of passenger cars stopped and the company switched to manufacturing munitions; there was much more money to be made making bombs and shells than manufacturing cars so although his car making had not made him terribly wealthy he ended World War I as a very rich man indeed. All things come to an end however. After the war there was a need for new products and the aircraft industry was just getting underway. What better way to test engines than to fit them into a racing car and benefit from not only good competition but first-class publicity too! At the urging of René Thomas, a racing driver, he created the DH V12 that vaguely resembled a back to front torpedo; and torpedo was the name that stuck.

This car was a monster. The V12engine had a capacity of more than 10 litres; it was so heavy that it had to be supported by it’s own steel framework with dampers on all four corners to stop it from shaking the car to bits. With René Thomas often behind the wheel this car began a long career of successes in hill climbs, sprint races and record runs which culminated in a new land speed record of 143 mph in July 1924. It was still racing successfully until it was retired in 1935, although it was still used as a test bed for several more years. Unfortunately, by then the world was in the grip of a financial recession. Top-quality and high-performance cars were no longer selling and the company’s finances declined drastically. By 1935 it had been forced into liquidation and it was bought by Delahaye. Louis Delage was sacked with a derisory pension; and a costly divorce made his personal financial situation even worse. Unable to even afford to buy a car he turned to religion and died in 1947 almost penniless. By 1953 Delahaye itself was also in financial difficulties and car production ended. Like it’s founder the company had gone from rags to riches; and then back again.