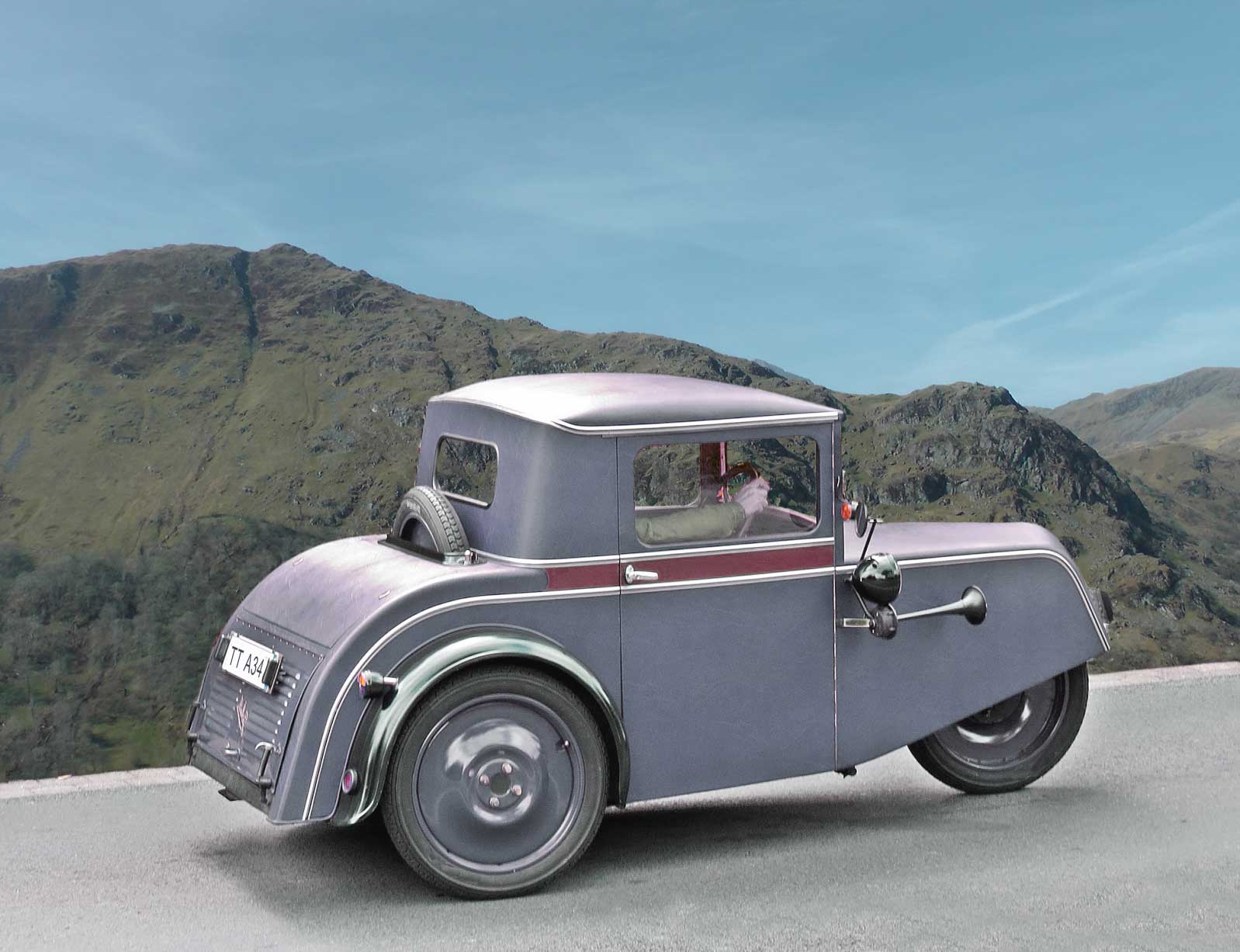 Carl Friedrich Wilhelm Borgward was not an easy man to deal with. Pushy, unconventional and ruthless he did not like to take advice. His favourite method of financing his business was to avoid paying his creditors for as long as possible, rather than taking loans from a bank; and it is this characteristic which may well have led to his downfall. However, that was in the future.

He was definitely not born with the proverbial silver spoon in his mouth – his father was a coal merchant – but he was ambitious. He studied engineering and gained a degree just before World War I; after the war he joined a car radiator manufacturer in Bremen by 1924 he was building his own vehicles. That is if you can call a motorised hand cart a vehicle!

Called the Blitzkarren, Or Lightning Cart, this three wheeled truck had neither a starter nor a clutch; to fire the engine up the cart had to be pushed and to stop it the air supply to the two horsepower two stroke single cylinder engine was cut off by means of a choke. Hardly the height of sophistication but it worked and in those frugal days there was actually a high demand for it. Numerous small traders wanted a cheap cart to deliver goods with and this fitted the bill. Perhaps best of all it required no licence and it was simple to maintain. They sold like hot cakes and after further development work a four wheeler cart came along, and then another with the amazing luxury of an enclosed cab for the driver!

These may all sound pretty basic but then the German economy in the 1930s was hardly booming and there was little spare money about; the idea of a proper four wheeled car was way beyond the dreams of most Germans, suffering as they still were from the effects of World War I and the hyperinflation that followed.

Borgward decided to go a step further and create his own actual car. Four wheels was still a little bit out of the question; three wheelers however were taxed as motorcycles rather than cars so that is what he would build. With a 200 cc single cylinder two-stroke engine pushing out a puny 5.5 brake horsepower this contraption, named for some reason the Goliath, had to be as light as possible if it was to carry a driver and a single passenger; the frame and body were therefore made of wood, covered by a fabric which approximated the appearance of leather. Apart from the weight consideration timber was considerably cheaper than steel.

The engine drove the back wheels via a three speed gearbox and it was said to achieve a speed of up to 37 mph, provided that the occupants were not too well fed. Once again though it was very popular; at it’s peak Borgward’s company had around 300 employees and they sold around 4000 Goliaths altogether. This gave him the means to go into car manufacture in a big way.

After these fairly primitive beginnings more conventional four wheeled cars were manufactured and these received very good publicity. Sales were so strong that for some of them there was a six-month waiting list. The big companies such as Ford, Opel and BMW were starting to look a little anxious about all this.

There then came World War II. The company was obliged to manufacture goods for the war effort but in 1944 their almost new, modern factory in Bremen was flattened by bombing. When the war was over Borgward was arrested, accused of helping the Nazis (although, in fairness, he probably didn’t have much choice) and he subsequently served three years in prison.

Most people, faced by problems like this, would have thrown in the towel but he was made of sterner stuff. He went back into car manufacture but was faced with a major problem; each manufacturer was only allocated a certain amount of steel. No problem, he simply split his business into three, each one building a different car; this meant that altogether he got three times as much steel as he should have done! This may have seemed like a good business plan but there were drawbacks; firstly every division had to be completely separate, so there were no economies of scale or joint projects; and he made an awful lot of enemies, particularly amongst his competitors. However by 1957 his group had sold about half a million cars, and was the second biggest car manufacturer in Germany, just behind Volkswagen.

Disaster was just on the horizon however. A new car, the Arabella, had technical problems and it prove necessary to recall 1000 of them; and the American company which imported his cars got into financial difficulties and more than 9000 orders were cancelled.

Borgward needed cash; but not really a great deal. However this is where his past came back to bite him. he had played fast and loose with his suppliers for a long while, keeping them waiting as long as he could for payment and this fact was leaked to the newspapers. Questions were asked about just how solvent his group was. The banks were not overeager to lend him any money.

He approached the Bremen regional government to ask them to underwrite the loan; after all he was a big employer in the area. however the Senate insisted that their own nominee, a lawyer and politician named Johannes Semler, be appointed as chairman of the supervisory board. It may have been a coincidence that at the same time Semler was also appointed to the board of BMW which itself was struggling financially, and which was in direct competition to Borgward!

To cut a long story short Borgward’s group of companies was declared bankrupt. He violently disagreed, arguing that the business was completely solvent. He was proved correct; by the time it had been wound up all creditors were paid in full and there was even a substantial sum of money left over!

Were there some dirty tricks employed to take out a competitor? Perish the thought. Borgward didn’t have much time left to grieve however, since he died of a heart attack just two years later.