Adrian Squire and his Roadster 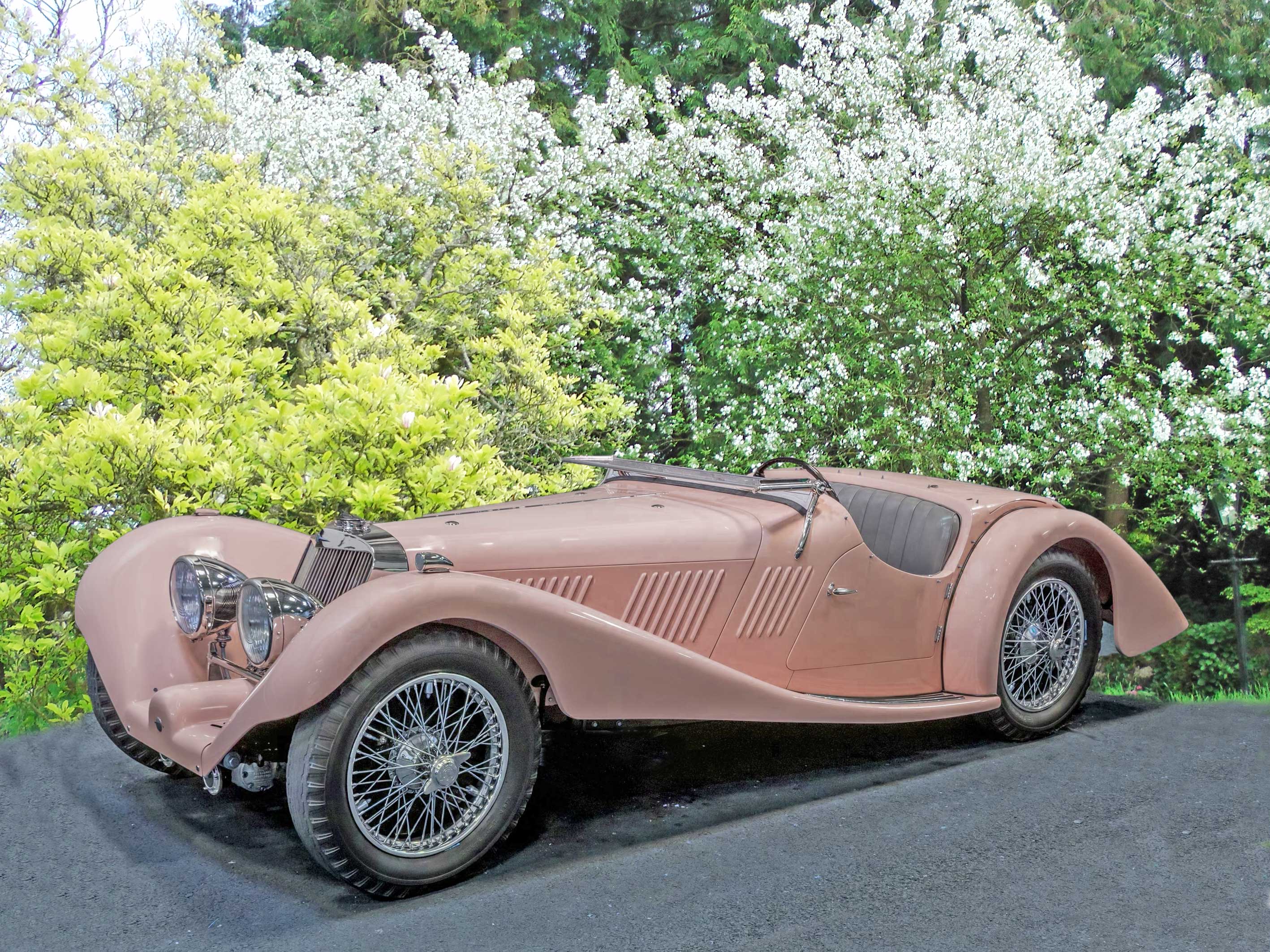 The story of Adrian Squire and his Roadster reads like something out of a Boy’s Own magazine. It stars a young man full of burning ambition, determined to beat the best in the world, but with an ultimately tragic end.

From his time as a teenager Squires had dreamed of creating the ultimate sports car, capable of rivalling the Bugattis and Lagondas of the day. By the time he was just 21, with experience of working for Bentley and MG already behind him, he formed the Squire Motors Company (later renamed the Squire Car Manufacturing Company) using money provided by an inheritance and by friends, many of whom not only helped financially but helped to actually build his cars as well.

His aim was to produce a world beating car which could not only win a Grand Prix, but which could also be used by a young couple to drive for an afternoon in the countryside. It was to be called the Squire Roadster.

The first thing he needed was an engine and this is where he had a bit of luck. The engine manufacturer British Anzani had developed the 1500cc twin cam R1 engine, capable initially of producing 100 brake horsepower, which was intended to be built into a Frazer-Nash sports car but this fell through. British Anzani agreed to make them for Squire, with his own emblem on each engine. This was supported by a strong and rigid but lightweight ladder frame chassis, and the rear wheels were driven through a four-speed pre-selector gearbox.

Prestigious coach building company Vanden Plas were commissioned to provide bodywork and the braking system, which was far ahead of anything else available at the time, was designed by Squire himself. this featured huge magnesium drums and was said to be capable of bringing the car to a complete halt from 30 mph in around 10 yards. Handling and cornering were superb. A supercharger was available too for those looking for even more power.

This was now a beautiful looking car capable of a hundred mph and reputedly able to go from nought to 60 in 10 seconds. Two seater and four seater versions were available and reviewers who were lucky enough to be able to test drive one, including the legendary racing car driver Phil Hill, were bowled over.

Yes it was a superb car: but building superb cars in small numbers is a very expensive business. The two seater was offered for sale for £1220 and this simply wasn’t competitive with other cars on the market. At that sort of price a well heeled motorists could buy a Bugatti, which was a tried and tested marque which could be relied upon to not only provide a superbly finished machine but also servicing and spare parts in the future. there just wasn’t the market for a newcomer with no track record offering such an expensive product.

A cheaper bodywork was tried and this brought the sale price down to £995 but this made no difference. By 1936 money had run out and although it is not known how many cars were produced it is likely to be less than 10.

A disillusioned Adrian Squire threw in the towel and went to work for the Bristol Aeroplane Company. Sadly he was killed in an air raid there in 1940, aged just 30 years old. A Prussian/Swedish gentleman named Val Zethrin, who had had an extremely up-and-down financial history, had met Squire and bought one of his roadsters and it was very enthusiastic about the idea of resurrecting the project but despite help from a number of experts it was ultimately doomed. The dream was at an end.